We’re counting down our Top 20 Halloween costumes for kids at Spirit Halloween. This year there will be plenty of pirates and vampires, but a lot of our favorites are tied to entertainment. Join us as we take a tour around the store and count down our favorites.

For little kids and toddlers, they’re going to love characters from their favorite cartoons including Paw Patrol and PJ Masks.
Number 19 – Pirate

Ahoy Matey! Who wouldn’t dream of a chance to put a patch over their eye and carry a sword? Me hearties.
Number 18 – Anime

If your kid has watched every Dragon Ball episode and can recite every attack in English and Japanese, they are going to love dressing up as their favorite Dragon Ball Z character.
Number 17 – Jojo Siwa
What little girl wouldn’t want to be Jojo Siwa? With a colorful skirt and hair accessories, girls can finally become her.
Number 16 – Joker
Why so serious? While everybody loves being a super hero, playing the villain is just as fun. With a hideous mask, green wig, and colorful suit, this Joker Costume will strike fear in any cape crusader. Bonus points if you can pull off his menacing laugh.
Number 15- Dinosaur
Bring the TRex back to life with this inflatable costume. Big Inflatable costumes are so fun and hilarious. The minute your kid puts on this giant inflatable TRex costume, everybody will be running away.
Number 14 – Clown
Clowns are supposed to be funny and silly but ever since “It” came out, all clowns are a little creepy.
Number 13 -Skeleton

I don’t know about you — but skeletons send chills down my spine!
Number 12 -Broken Doll
Some girls love dressing up as princesses and unicorns, but others want to be something a little spookier. We don’t know if this costume is cute or spooky, but can only guess that this is what happens when you don’t take care of your dolls.
Number 11 – Chucky
Wanna play? Close the door, Chucky is on the loose. This costume includes an onesie and wig.
Number 10 – Aliens
We’re still at Area 51 looking for aliens. Oh no they’ve let the aliens loose. Get ready to be abducted with this alien abduction costume.
Number 9 – Baby Shark
You’ve probably tried to get the song out of your head but can’t, so why not dress up as Baby Shark. The costume even comes with a sound chip so you will never forget the lyrics.
Number 8 – Stranger Things
If you are addicted to ice cream and Stranger Things, you are going to love the Scoops Ahoy costume.
Number 7 – Toy Story
You’ve got a friend in me! Thanks to Toy Story 4, expect to see a renewed interest for all the beloved Toy Story characters. Woody, Buzz, Bo Peep and Jessie are all classic characters, but the real star of the show was Forky. “I’m trash.”
Number 6 -Witch
The witch has become the mascot for Halloween. That’s why you see so many people dressed as a witch. Maleficent hits theaters just in time for Halloween. With a long black dress, bell sleeves, and a horned headpiece, show everybody how wicked your child is with this Maleficent costume.
Number 5 – Unicorn
It’s no secret that girls love magical unicorns. Now they can be one.
Number 4 – Superheroes
Both boys and girls love to save the day as Superheroes. There is a variety of Superheroes from Batman to Spider-Man. Since Avengers Endgame came out this year, anything from Avengers is going to be hot. With SpiderMan: Homecoming, expect to see plenty of Spidermans crawling around. Don’t forget Captain Marvel, Wonder Woman, and Harley Quinn!
Number 3 – Princess
Does your little girl dream of being a princess one day? Halloween is her day. This year Disney’s got you covered. With a live action Aladdin movie, your little princess can look just as gorgeous as Princess Jasmine. Thanks to the upcoming Live Action “Little Mermaid” mermaids should be popular too. Also expect plenty of Annas and Elsas with a new Frozen movie coming out.
Number 2 – Descendants 3
The latest Disney Descendants 3 was a smash hit for fans so Mal and her friends are going to be extremely popular this year. The only question? Which villain or friend do your kids want to be?
Number 1 – Fortnite
Where we dropping boys? Superheroes move over. It’s all about Fortnite. Kids are playing it, teens are playing it, and everyone’s playing it non-stop. Let them show the whole neighborhood how much they love Fortnite with a Fortnite costume. Choose from Drift, Dark Voyager, Brite Bomber, and more.
That’s a wrap! Let us know your favorite Halloween costumes for kids in the comments down below! Spook ya later!

10 Over The Top Halloween Decorations 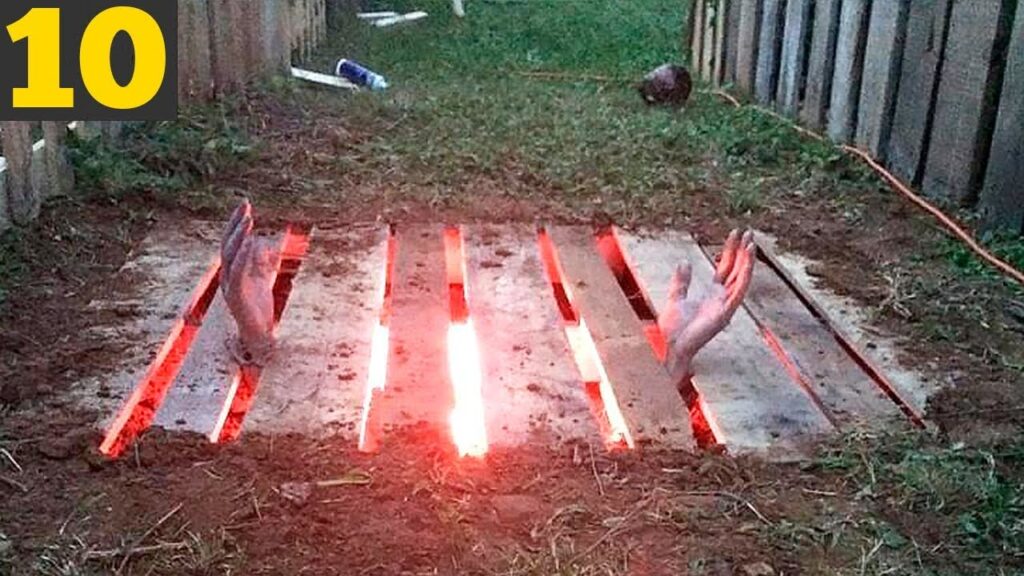